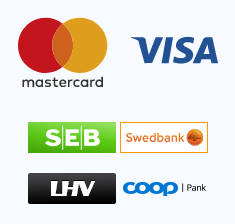 Ticket can be purchased:

When purchasing a ticket, the passenger must provide the following minimum information about himself: first and last name, date of birth, passport number, citizenship, contact phone number and e-mail address, points of departure and destination, desired date and time of travel.

If the passenger wishes to receive an affordable preferential category, then he must provide, if necessary, a supporting document.

Immediately after getting the ticket, the passenger is obliged to check the correctness of all the data in it.

By paying for the ticket, the passenger confirms that he has read and agrees to these rules, which can be found at all agents and on the carrier's website.

The passenger has the right to cancel the trip completely (round trip) or cancel the return trip.

Cancellation of the trip must be issued no later than 12 hours before the departure of the bus upon presentation of the ticket and at the agency where it was purchased, taking into account the working hours of this agency, while:

It is necessary to send a request to the e-mail info@balticshuttle.ee indicating the ticket numbers, the last name and first name of the passengers, as well as the full details of the bank account to which the refund is to be made. The return will be made within 15 working days.

The refund will be carried out within 15 business days.

Tickets purchased under the promotion are non-refundable.

The carrier does not pay compensation for tickets if the trip did not take place due to:

Transportation and placement of hold luggage and hand luggage

The Passenger's luggage is placed in the luggage compartment.

Bicycles can be carried in the luggage compartment of the bus. The front wheel must be removed from the transported bicycle and both the front wheel and the bicycle must be packed separately. The packed bicycle must not have any sharp protruding parts. Supplement for transporting a bicycle 10 euros.

It is prohibited to carry luggage if the passenger is not on board.

It is prohibited to carry luggage and/or carry-on luggage that contains items included in the list of prohibited luggage.

Hold luggage and / or hand luggage is considered prohibited if it contains: radioactive, explosive, poisonous, caustic, flammable, strong-smelling and coloring substances, as well as objects and things that are not properly packed, things and objects that can stain or damage the bus.

Rights and obligations of the passenger

The passenger has the right

Rights and obligations of the carrier

In the event that the bus cannot depart due to the fault of the carrier, the carrier will arrange for the replacement of transport at the earliest opportunity. In addition, the carrier must:

The carrier has the right to refuse the passenger to provide the service and refuse to return the money for the ticket if the passenger:

Due to misunderstanding between the passenger and government authorities regarding visas, passports, any types of insurance, smuggling, etc. The carrier has the right to leave the passenger at the border or act in accordance with the legal requirements of the authorities.

In this case, the cost of the ticket or part of it is not refundable.

The carrier reserves the right to make changes to these rules, change prices and schedules.

Transportation of animals on our buses is allowed only for dogs and cats in a carrier, while it is necessary to purchase a second ticket of the Adult category in the name of the passenger (seats must be nearby) carrying the animal (the animal must have all the necessary documents for the border). Up to two animals can be carried in one carrier.

If the passenger was found with an animal not during boarding, but during the trip, the carrier has the right to drop the passenger at the nearest settlement or border.